The Survivalist Path – Thrifty is a quest in Escape From Tarkov, given by Jaeger.

Hello there! You came right in time, I’m just packing up to go hunting. Do me a favor, not for service, but as a sign of friendship. Arrange a couple of rest spots for my way back: the trip is long, so I’ll have to stop for a breather somewhere. The places should be safe, leave a Russian MRE and a bottle of water for each, agreed? At the same time, remember how to survive if you get caught with your pants down. I’ve got some stashes hidden here and there, for example, but you don’t need to know about them yet.

You did it? Thank you. I just got ready for the trip, so you’re just in time. See you in a couple of days, fella.

This quest instructs you to go to Woods. This time, however, you will need to bring the following items with you:

Each of those should be delivered in two different bunkers. One is ZB-016, which is located close to the old Train Station. While the other is ZB-014, close to the Scav House. These two bunkers sometimes have an active extraction. However, you will need a key for ZB-014 to unlock the metal door to get access to it. But the extraction is not mandatory and invaluable for this quest. The only problem is that you need to find the bunkers and deliver the items. Stashing the items is not performed by a toggle, and you will need to hold your USE key for 20 seconds.

So, let’s see where are the two bunkers located. The map below was posted by Jindouz on Reddit, in which we highlighted both the ZB-016 and ZB-014 with red circles. 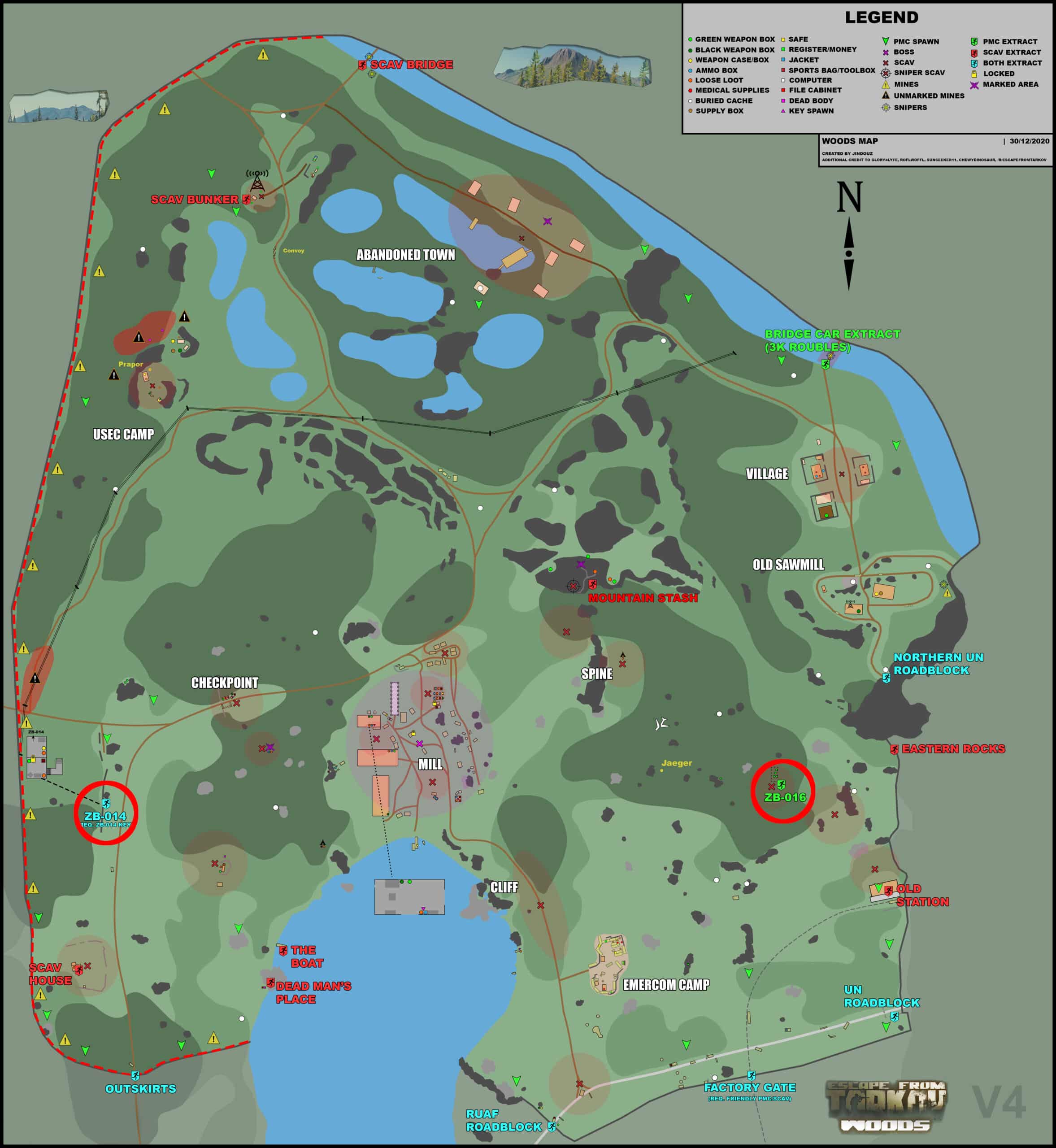 This is how the bunkers look from the outside.

Once you get inside, you will see a wooden box in both in both of them. That’s where you will get the “PLACE” notification on the middle of the screen. That’s where you should place the Water Bottle and the Iskra ration pack. Once you place the first item, you do not need to move around for the “PLACE” button to pop up again. Instead, you can open and close inventory and repeat the same. Check the images below to see the delivery spots.

The quest doesn’t require you to survive and extract, which makes it less brutal. I would also instruct you to carry your Iskra ration packs in your secure container because they are expensive early wipe. With that said, we have covered everything. Good luck!

Hello, fellow readers! If you want to get in touch with us and participate in our discussion boards, make sure you visit our Forums. We are more than sure you will find something useful there! The forum is new, so be among the first ones to say Hello!
Tags
Battlestate Games Escape From Tarkov Jaeger