Trainers, the Season of Alola starts on March 1, 2022, and Niantic and Pokemon Go are already teasing some Pokemon from Gen 7.

Pokemon Go Twitter account teases new Gen 7 Pokemon such as Pikipek, Tapu Koko and Rockruff in their latest tweets. Pikipet is a dual-type Normal, Flying Pokemon introduced in Gen 7 and will most likely be one of the new Pokemon that we’ll start seeing tomorrow.

The second Pokemon, Tapu Koko is a dual-type Electric/Fairy Legendary Pokemon introduced in Gen 7. There is nog info about how this Pokemon will be available, but we hope it will start spawning in Raids as the new five-star Raid Boss.

The next Gen 7 Pokemon, Rockruff, is a Rock-type Pokemon introduced in Gen 7. This Pokemon evolution depends on the time.

🌴 It may look spindly, but its neck muscles are heavy-duty. It can peck at a tree 16 times per second! 🌴

🌴 Although it’s called a guardian deity, if a person or Pokémon puts it in a bad mood, it will become a malevolent deity and attack. 🌴#SeasonOfAlola pic.twitter.com/679BVzRe4P

🌴 This Pokémon has lived with people since times long ago. It can sense when its Trainer is in the dumps and will stick close by its Trainer’s side. 🌴#SeasonOfAlola pic.twitter.com/Q7PHkmNz6G

Niantic and Pokemon Go announced the new Season of Alola, and at the moment we only know that it will begin on march 1, 2022. They didn;t share any details, and we expect to see an official announcement soon.

Dejan KacurovFebruary 27, 2022Last Updated: February 27, 2022
0 1 minute read
Facebook Twitter LinkedIn Pinterest Reddit Telegram
Facebook Twitter LinkedIn Pinterest Reddit Telegram
Hello, fellow readers! If you want to get in touch with us and participate in our discussion boards, make sure you visit our Forums. We are more than sure you will find something useful there! The forum is new, so be among the first ones to say Hello!
If you are a video game developer and you have a submission to make, you can mail us at team@futuregamereleases.com 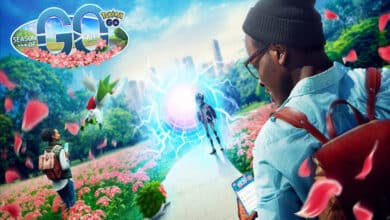 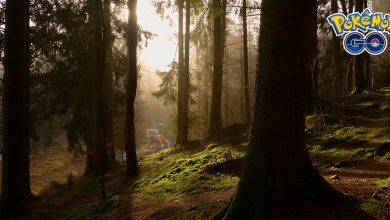