Now, it’s time to unleash the Power of Genji. Been playing Heroes of the Storm these days while also enjoying Genji a lot. Speaking about Genji he’s a Both ranged and melee assassin, considered to be a “hard to play” hero. Well, knowing his durability in fights, he can easily be melted down if he gets stunned or taunted. That’s why we’re here to avoid that and make a new Genji Build Guide while also explaining on how to play Genji. Our Genji Talents pick up is not that much connected, making it more balanced overall. 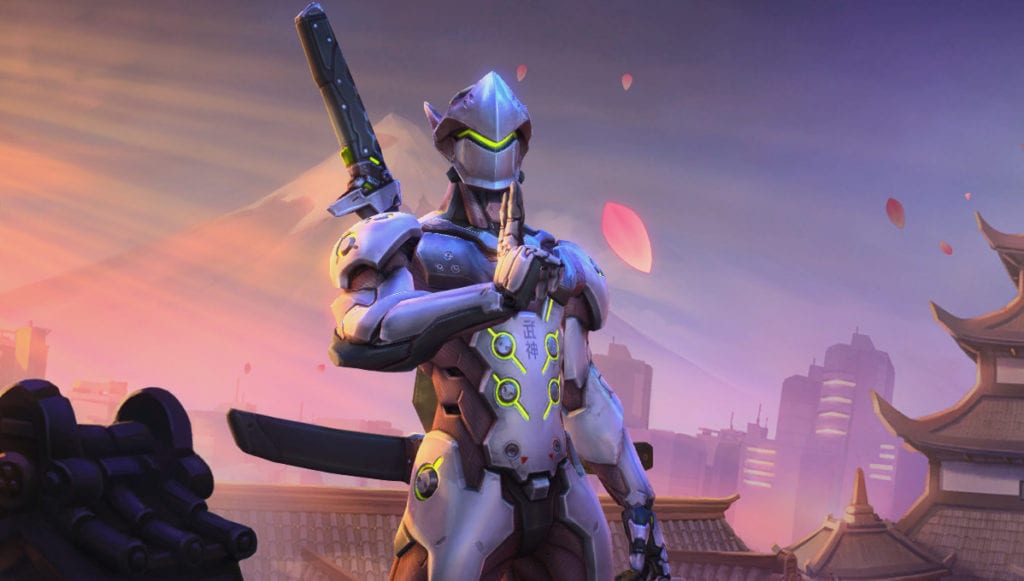 Playing Genji is not about the damage or bursting enemies down. It’s indeed a Silent Ninja confusing the enemies a lot, and that’s why we are going for increased movability build instead of any kind of damage build. That’s all you need with Genji.co

Heroes of the Storm is growing, especially after the 2.0 update. A lot of friends of ours are just enjoying the in-game skins and chest opening. This kind of system was needed a long time ago and now it’s already here. Anytime I go in the game, there are friends inviting me like crazy. Alright, let’s see Genji’s spotlight before we continue to his talent build.

The funny part is when playing Genji I am making so much kills, even with my favorite Zul’jin isn’t able to get that much. Hopefully, this Genji Build will give you the same ninja power just like me!

Alright, so, you’re probably asking yourself alright, what kind of build they gonna go on Genji. Well, he’s squishy and on the other side, he owns the movement speed and agility that will guide you to survive. Also, he’s a really awesome assassin, literally. Why? Because, even if someone thinks he survived on while on low hp, Genji can easily take him down. We’ll talk about this, for now, let’s just preview the table with the needed Talents.

A little bit of Explanation

We are going to kick off with the E build, empowering the Swift Strike. I mean, you cannot get a better spell empower, not at level 1. It’s the most valuable of all three.

Moving towards Strike at the Heart, it gives us the chance to take down enemies a lot more effective. It will deal an extra 138 damage at 2 seconds. Knowing that heroes that die in 2 seconds after hitting them with Swift Strike resets the Swift Strike cooldown, this is very useful. This Genji Build Guide mostly relies on his movement speed, making Genji really strong in Heroes of the Storm.

Now, even if a lot of players are going for the Dodge and Cyber Shield at level 7, I find that using Augmented Guard is the best. Why? It gives you the chance to survive, boosting the survivability sky high. We’re always aiming for the most balanced builds and believe me, if you’re playing against experienced players they will know how to focus Genji. That’s why Augmented Guard is so awesome!

At level 10, we are going for the X-Strike heroic which is awesome. It really comes good in combination with the Level 20 talent, Living Weapon which lowers the cooldown by 12 seconds by each enemy hit. We also know that a lot of people will probably say that there is a better connection by using different talents. However, I’ve tried them all. This Genji build fits me the best by far and I honestly do not know why. Hopefully, it will help you when playing Genji too.

Alright now, your favorite part is probably explaining why did we go for the Double Jump instead of going for the Flow like Water at level 13. Well, I honestly think that the double jump gives you more of a value especially if both of the charges are off cooldown. It’s just a personal feeling and it gives me the chance to run away, giving the Double Jump such a value. However, if you decide to go for the Flow Like Water talent, make sure you hit as much heroes as you can with Swift Strike. Sometimes you might dive and the cooldown will kill you. I’ll say it one more time, it’s just a personal feeling and it feels better for me to go with the Double Jump.

At 16, we also aim to go for steady blade instead of anything else. Over here, you can get Final Cut which makes the Swift Strike actually strike twice, with a delay. In a very crowded area, this might be really helpful but Steady Blade is also really good at. It feels like every single talent in Level 16 is not going to be a big mistake. Depends on what the enemy team is doing. If they’re focusing you, you might even get Reflect, for which people think is really bad…

Now, who doesn’t like getting the cooldown of the heroic that fast? At first, I was thinking like, alright, this talent is probably bad. Actually, when I tried it and I was able to hit 4 enemies using the X-Strike and the Living Weapon talent, I was able to use the heroic almost one more time throughout the same fight. That’s the only reason we’re sticking to this talent.

If we find out something better, make sure that we’ll update this guide as we still enjoy playing Genji, all over again. Hopefully, this build will make you win games and love Genji even more.

Hello, fellow readers! If you want to get in touch with us and participate in our discussion boards, make sure you visit our Forums. We are more than sure you will find something useful there! The forum is new, so be among the first ones to say Hello!
Tags
build Genji guide heroes of the storm

The Legend of Zelda: Breath Of The Wild First DLC Details Revealed