The root of most FPS games, Quake, after its successful launch continues to receive new content. id Software has announced the latest and upcoming update which comes in two days from now, December 14. Quake Champions, the game that has managed to recall memories from the past Quake sequels. 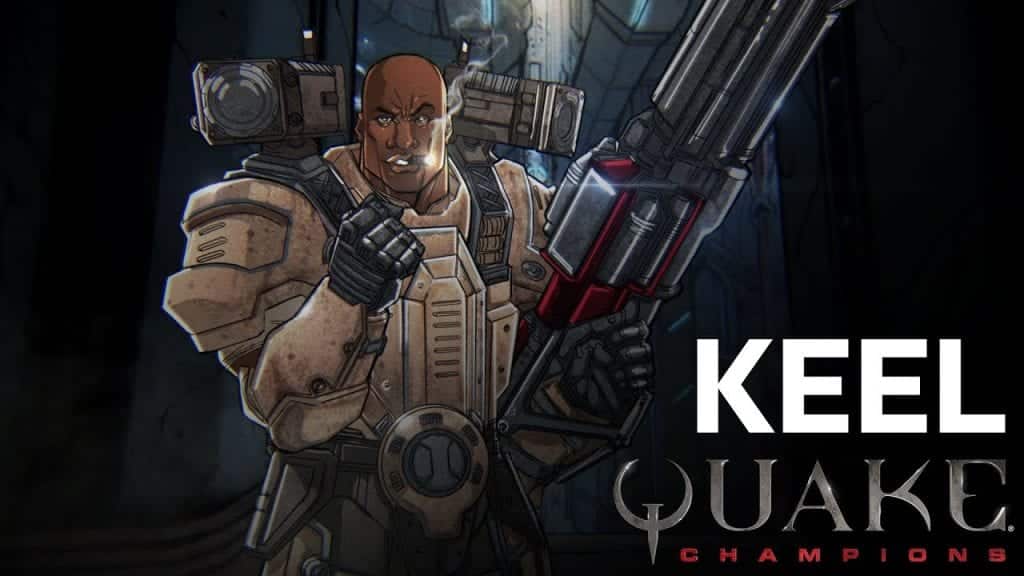 Nowadays, not that popular but still… the game has managed to bring such fun to all its fans, and id Software has barely reached the end. After Blazkowicz, a new Champion is about to join Quake Champions. Coming from Quake 3, the war machine Keel will participate as a new version, 2.0. Keel owns a robust set of abilities. His unique ability is quite debatable, as he shall be able to launch a barrage of grenades around the map. Keel’s active ability Grenade Swarm will be quickly retainable, as his passive will help to lower his main cooldown.

Keel, the war machine, as most of the Quake Champions do, features a passive ability, Stockpile, which reduces the cooldown of his active ability by picking ammo boxes around the map. Naturally, if you’re an agile Quake Champions player, you’ll be able to barrage the whole map with those dangerous grenades.

It is always good to see something new in this arena shooter, which acquires a set of skills and speed combined. As a celebration of Keel’s release, id Software has released a new Story Trailer dedicated to Keel.

Furthermore, Bethesda and id Software will also release a different set of fixes and other stuff related to the health of the game, including a new duel map, Vale of Pnath.

Hello, fellow readers! If you want to get in touch with us and participate in our discussion boards, make sure you visit our Forums. We are more than sure you will find something useful there! The forum is new, so be among the first ones to say Hello!
Tags
bethesda id Software Quake Champions