Sadly, but too little too late for Blizzard’s fans to express their revolt against the addition of other games on Blizzard’s very known Battle.net launcher. More than a year ago, the fans had the chance to retain their sacred client and prevent it from allowing other companies to partner up with Blizzard, but sadly no measures were taken.

We’re here to remind you of that and we’ll take you on a little journey in the past. It was August, back in 2018 when Blizzard decided to rebrand their Battle.Net client and expand its moniker into Blizzard Battle.Net.

No arguments Battle.Net was in Blizzard’s hands back then, but still, stating the name would make it a lot clearer for the consumers of who’s the owner, as Blizzard had already announced that other video games may be using the same client as a result of the partnership.

If you do not believe that, you could check the writing down below:

Months after that, a new partnership was born between Activision and Blizzard, concluding the usage of the very same client in which Activision choose to bring its games to the new platform for a much better gameplay experience. And yet, it was a better gameplay experience. However, the rebels were still there to provoke the whole situation as they’re now by posting to official announcements or tweets made by Blizzard.

The same happens nowadays. Whenever Blizzard decides to promote a game that’s being published by Activision, fans and Battle.Net users are expressing their revolt by posting quite a bitter messages.

Pre-order #BlackOps4 now for PC – only on Blizzard https://t.co/hJ55RfDsOC. pic.twitter.com/bq1FYOloUg

The tweet above serves quite a good example of what kind of messages they’re receiving, in which consumers and former Blizzard fans are not satisfied at all watching Blizzard promoting other video games. Some of them also require to be granted with a choice of deleting other games that are not Blizzard’s product.

Well, fellow gamers, it is too late to react to any of these messages, as the window for revolt is closed since the official rebrand of the Battle.Net client. From now on, we can only embrace Blizzard’s choices, instead of spitting about it all over the internet.

Hello, fellow readers! If you want to get in touch with us and participate in our discussion boards, make sure you visit our Forums. We are more than sure you will find something useful there, as most of the news are coming in there first. The forum is new, so be among the first ones to say Hello!
Tags
activision Battle.net Black Ops 4 Blizzard 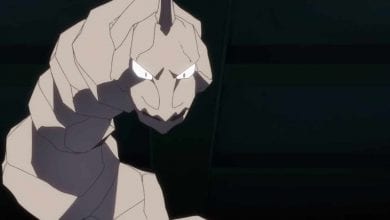