Escape From Tarkov’s latest 0.12.12.30 has brought many surprises, no doubt. The game has finally received the Lighthouse expansion, alongside new Rogue bosses and rotation, new weapons, tasks, etc. But, what’s the real purpose for playing Escape From Tarkov? Of course, to get your hands on the most valuable item, the Secure Kappa Container. This container has 12 slots, three more than the Edge of Darkness’ Gamma container, and it’s everyone’s desire. This unique container is obtainable with the completion of the Collector task, which is now accessible at level 55.

Reaching level 55 while hunting for all the streamer items required for the quest completion can be quite the journey. The level requirement for this task remains a variable that BSG wants to toy with, as proven by its history. The Collector quest was once upon a time available at a low level, then increased to level 71, and later lowered to level 62. It can finally be acquired even by mediocre players by reaching level 55.

The Deadskull armband also remains a part of the quest rewards, as it will be rewarded upon the task completion. So, are you one of those that will have the honor to wear the Deadskul Armband? I would guess yes because of the lower requirement, which is now more feasible than the previous boundary of level 62.

Angel Kicevski Follow on Twitter July 4, 2022Last Updated: July 5, 2022
0 1 minute read
Facebook Twitter LinkedIn Pinterest Reddit Telegram
Facebook Twitter LinkedIn Pinterest Reddit Telegram
Hello, fellow readers! If you want to get in touch with us and participate in our discussion boards, make sure you visit our Forums. We are more than sure you will find something useful there! The forum is new, so be among the first ones to say Hello!
If you are a video game developer and you have a submission to make, you can mail us at team@futuregamereleases.com 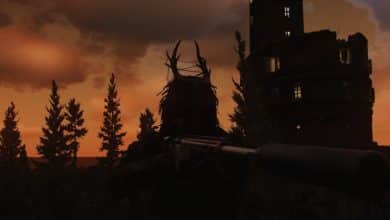