Trainers, after numerous jokes about the invisible Pokemon Kecleon, it was time that Niantic releases it into Pokemon Go, and that is exactly what they did.

Kecleon made its official debut after the latest Community Day, the first one in 2023. Right after the Chespin Community Day: January 2023, Kecleon started “appearing” at PokeStops, but that happened quite rarely if we are being honest.

You will never know on which PokeStop Kecleon will appear, as there isn’t any indicator that that is the PokeStop Disc where Kecleon is chilling at. However, if there is a Kecleon on a PokeStop, you will see a silhouette of the Pokemon somewhere around the PokeStop image. While it is not easy to find Kecleon, we will help you a little bit with the hows and wheres.

It has already been mentioned that Kecleon appears at a PokeStop in a nearly invisible silhouette. Whenever you see this figure, make sure to tap Kecleon multiple times until it reveals itself and jumps off the PokeStop. After that, Kecleon should appear on your map as a normal encounter.

Everyone can encounter Kecleon at that PokeStop, meaning that every Trainer can see the invisible Kecleon on that PokeStop. The bad thing is that its PokeStop appearance is very rare. Kecleon’s spawn time is down to one hour now, and it appears every 10th to 15th PokeStop.

The numbers are somewhat good, and according to an analysis conducted by traveler_BR, only 8% of every Kecleon spawns at the same PokeStop. Here is what they are saying about the Kecleon “problem.”

A group of seven Trainers constantly checked 2,010 PokeStops in the last 35 hours.

Kecleon spawns were and are not affected by in-game weather.

Dejan KacurovJanuary 14, 2023Last Updated: January 14, 2023
0 2 minutes read
Facebook Twitter LinkedIn Pinterest Reddit Telegram
Facebook Twitter LinkedIn Pinterest Reddit Telegram
Hello, fellow readers! If you want to get in touch with us and participate in our discussion boards, make sure you visit our Forums. We are more than sure you will find something useful there! The forum is new, so be among the first ones to say Hello!
If you are a video game developer and you have a submission to make, you can mail us at team@futuregamereleases.com 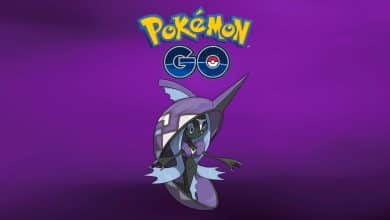