The ashes of Father Ariandel and Sister Friede combine to revive Sister Friede as Blackflame Friede. She gets up with a full health bar, a second scythe and new and more deadly attacks.

The first one is usually Blackflame Friede’s starting point. Flying into the air with her blackflame scythe before slamming down creating a large area of blackflame in your way and you need to dodge if you want to defeat her. She is also more aggressive creating frostbite than in the previous phase, giving thin lines in quick succession that explode fast, or even fly into the air without her blackflame to slam down creating frostbite around her. If she goes into a stance and leaps into the air, dodge her strike. Because it creates a large area of frost that will explode if you are blocking the attack.

A deadlier attack comes when Blackflame Friede goes into a dual-scythe stance and prepare them in front of her, before dashing in a spin in cyclones. If you do not avoid this attack on time, she will hit you and grab you from behind. Then she will slice your neck with both scythes, dealing a huge amount of damage. She also puts a new spin on the invisible attack – jumping to send out frostbite before repeating the attack, and jumped once again to charge her blackflame scythe attack.

Don’t waste your stamina if you want to defeat Blackflame Friede!

That is trickier to counter with the room being larger. So, as soon Blackflame Friede tries to disappear, go towards the first frostbite attack to try to find her before she jumps again. Track her each time she jumps to find her before her charging. If you run out of time, don’t attack her and dodge her final attack, this makes it easier to defeat her later on. Try not to waste your stamina running away.

She is weak to being staggered by big attacks, so get in a few where you can. When she gets up close, block her swipes if you have the stamina for it. Also very important do not dodge too early when she winds up for a longer finish. You need to be patient. Many of her attack that summons frost do not leave her open to melee retaliation, because of the frost around her and makes her harder to defeat. But some of her regular attacks, and dodging her spinning grab move will make her open for attack.

As long as you choose carefully when to attack and when to wait, you can deal damage and probably stagger her with a weapon that hits hard. When she falls, she will drop the Soul of Sister Friede, and your adventure in the Ariandel world will end.

But don’t forget, first you have to defeat Father Ariandel and Sister Friede in order to get to Blackflame Friede and finish this quest.

If this helps you to defeat Sister Friede Boss, let us know in the comments below!

Hello, fellow readers! If you want to get in touch with us and participate in our discussion boards, make sure you visit our Forums. We are more than sure you will find something useful there, as most of the news are coming in there first. The forum is new, so be among the first ones to say Hello!
Tags
blackflame friede dark souls 3 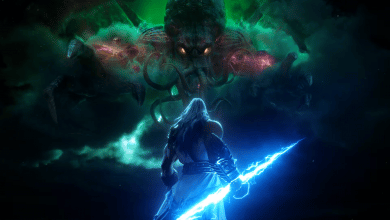 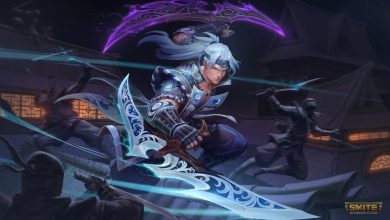