Hopefully won’t be a matter with The Division 2, as the developers have hopefully progressed a lot of their bad occurrences during their first game and maybe updated their engine so players won’t be able to glitch through buildings or so. But, there’s a thing that bothers me a lot personally. 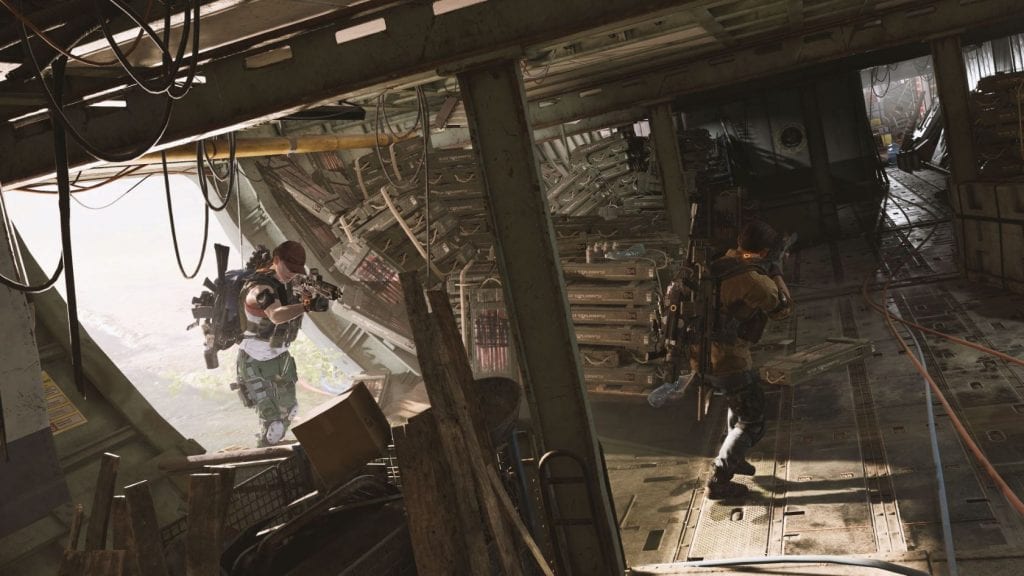 If compared to The Division, The Division 2 will miss all the skyscrapers found such as in their first game, which bothers us all. The fact that the game will offer a more open environment and different approach makes us think that the game will still be able to glitch us through textures or so, or sometimes dip you underground.

And then, we’ll maybe blame Ubisoft again for their pressure over Massive, or maybe hop on the choo-choo train with all the salty kids and perform the glitches to gain an unfair advantage. That! A thing that has been done by most of the nowadays supporters of The Divison 1. All of that just to grab that early game advantage so the Dark Zone could feel a lot smoother.

Well, hopefully, that won’t be a thing since Massive listed opened spots in their team, job listings that were put to acquire skilled engine developers that in the end have joined the team and hopefully removed all the dangerous encounters players went through in its predecessor.

I can still remember the Shield Glitch that puts you in buildings. Is that a reason that this time we’ll have a more open environment? The game could sometimes put you in a falling state so you could swim below the city, or maybe the mission glitches were players were able to break walls and stuff and kill the last boss, restart the mission and do the same all over again?

Hopefully, I pray that would never happen again because The Division has brought this new momentum or phenomenon into the RPG genre. Now, it brings the same hype which should be followed with a grain of salt, since Massive and Ubisoft’s previous failure doesn’t give us any breathing room to rely on their skills in creating triple-A video games.

But, after the multiple patches which brought the game to a better stance, we may conclude that after a year and a half since its first release we had a final product, which again, does not sound that good for a triple-A title.

Our move on the release will be as follows:

We’d suggest you do the same because my brain memory keeps telling me: Hey, you bought the game and played it for a month, then you started seeing various of bugs and glitches, and in the end, you found out lots of hackers bombing you from the sky. Well, that’s not the case in this game since I believe it won’t break any selling records held by The Divison.

Every time we’re getting fooled by the fully polished pre-content releases and videos made during their promo time. Conceivably, you’ll all guys get it right, and my best wishes lay towards an excellent and bug-free game with a unique gameplay experience. The Division 2 series deserve more, for the fans’ sake.