Being a Rainbow Six Siege fans since the beginning of the game, we’re mostly getting mad because of the wrong Sledge Gameplay in public and ranked matchmaking. Because of that, we are releasing this guide on how to play Sledge properly.

A lot of people pick up Sledge and just stay behind acting very tactical. Actually, that’s not the way you should play Sledge. Sledge has a more aggressive playstyle that all of the players should use. A lot of people just act crazy standing behind and not even trying to use their hammer and crush a wall. 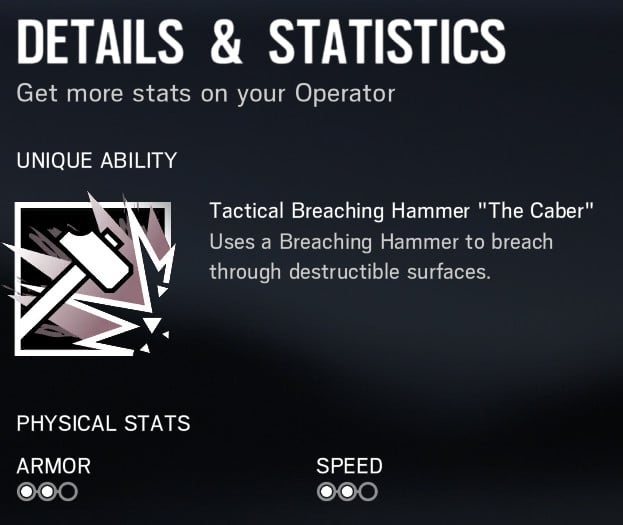 That makes him a balanced Operator, having the chance to breach over every weak wall and get advantage of it very easy. Having these attributes, with 2 points on armor and 2 points on speed, makes him a front liner, which also makes him a playmaking Operator, opening up a lot of chances for his team. That’s why we love picking Sledge while we’re on the attack role.

Having decent weapons, rolling out with the M590A1 shotgun might give you the opportunity to fight in a really close fight, while also having the SMG-11 as a secondary weapon might give you the chance to win a long range fight. Also, the SMG-11 is considered for one of the best weapons in the game. For more about using mods and stuff, we’ll make another guide especially for all of the weapons.

Now, do you still plan your next Sledge play as a passive one? We do not think so.

Using Sledge’s hammer, you can easily exploit weak walls and just take advantage of it. Pop in front of the defenders and make them look surprised like never before. After you or your team locate the objective, storm in and make the aggressive play that your team needs. Try it out, then come back here and comment it. At least, that’s how we want to play Sledge. Aggressive as hell.

And of course, on the way in, make sure you destroy cameras and do not forget to use your drone so you can spot the enemies before you make your way in.

[interaction id=”58fb79d8cb4fa6890817c495″] Hello, fellow readers! If you want to get in touch with us and participate in our discussion boards, make sure you visit our Forums. We are more than sure you will find something useful there, as most of the news are coming in there first. The forum is new, so be among the first ones to say Hello!
Tags
guide rainbow six siege Sledge