Despite the fact I managed to play 6 different classes and make guides for all of them, Shugoki seems to be the toughest to make a guide for. I mean, it’s easy and understandable class to play, but it seems like making a guide for Shugoki can be really tricky. Alright, all For Honor players playing different classes hate Shugoki a lot. It seems that Shugoki is both Environmental and Skillful class. Let’s see our best way of explanation on how to play For Honor’s Shugoki Class. 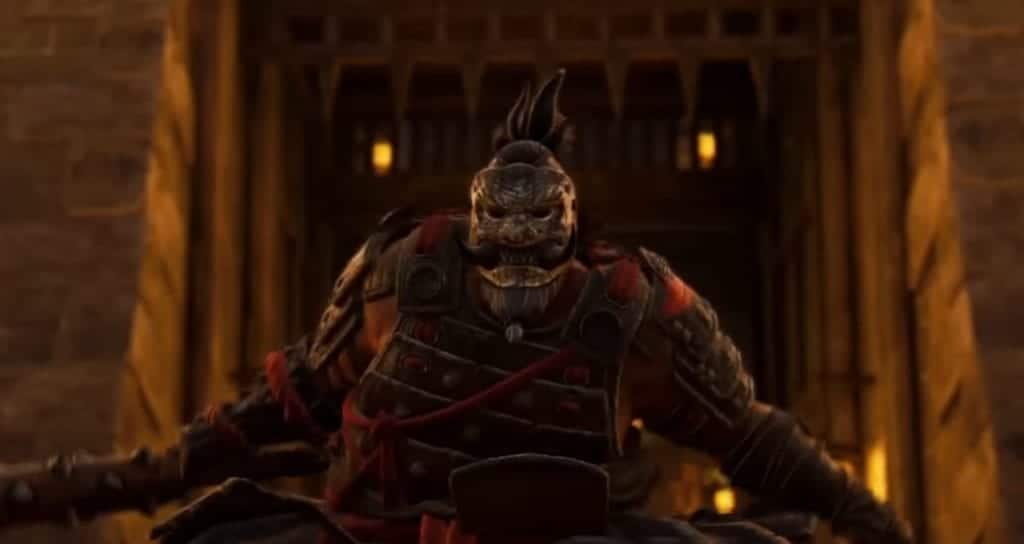 By saying environmental, I mean on his possibilities to hit a Homerun and push an enemy off a cliff. To accomplish this is kind of move is hard because you need to get the right positioning plus the successful Guardbreak. We’ll talk more about this, down below.

Shugoki might be your favorite class because of the fun he offers. Like, knowing the fact he can kill an enemy that fast, there’s nothing else to say more. His Light Attack is also pretty decent and fast and you can chain it with a heavy that also comes really fast. Feinting attack seems to be working really good with Shugoki as it is confusing enemies and his Passive Uninterruptible Stance will just give you the chance to deploy that Charging Heavy Attack successfully.

This is why I’ve said like, Shugoki shouldn’t receive that big of a guide since it’s the same thing you need to do all over again. It will be more like all around guide that players should stick to. Just keep in mind, even if he’s a fat guy, he can still dodge some Unblockable attacks. I do not actually feel Shugoki will receive a video guide from our side, but who knows… we might do that too.

As I’ve said before, Shugoki owns a Passive Uninterruptible Stance which means that one of your attacks will deploy successfully even if he’s being hit. However, You should take care from the second attack (if there’s any incoming). This is also your chance to deploy a successful Charging Heavy Attack, Bash and Smash or Bonecrusher.  So as soon as you see the enemy initiates attack, make sure you start yours. You do not need to perform a Feint at all, because hey, there’s a Passive Uninterruptible Stance and you should not forget about that at all.

If that is working against your enemy, get back and wait for your Passive Uninterruptible Stance to come back online again. Another good attack to initiate would be your zone attack, because if your first attack doesn’t work, your second attack will get the opponent for sure. It’s totally up to you whatever you want to go for. Also, because Shugoki owns Enhanced Light Attacks you might want to try and initiate with the Bash and Smash first or get the Light and use your Headbutt into a Zone Attack.

Proper Usage of Charge of the Oni

Using Charge of the Oni is nice but not that much. That ability can be dodged and this is what you should do when using it. Let’s say you start using it where there’s are no cliffs at all and you just want to push your enemy down so after that you can get an easy Guardbreak. So you start using it, and then what? This is what you should actually do. As soon as you start Charge of the Oni you can cancel it with your Feint button, right?

So, when you get close to the opponent, open your eyes and see if he dodges the Charge or not. If he Dodges the charge you should not stop the Charge at all because the enemy will get a free hits on you. Just continue with the charge so he won’t be able to hit you at all. Then, reinitiate. On the other side, if you knock him on the ground, make sure you stop immediately and try to charge your Heavy Attack or perform some of the Chains. You can also try to Guardbreak the opponent which is going to be followed with a successful Demon Ball.

However, If you want to perform the combo Charge of the Oni into a Demon’s Embrace you need to hit the feint button to stop the Charge as fast as the opponent goes down. I find this really hard to do.

How to Use Demon’s Embrace

This is one of the best abilities Shugoki owns as it can heal you up or kill the enemy instantly when Shugoki is in critical state. However, you’re losing hp when you perform the Demon’s Embrace. This is another reason why you should not be using this ability unless you’re on low HP. I do not find it that important. It’s better to just rely on the Passive Uninterruptible Stance and hit your chains or your Charging Heavy Attack.

Try to block your shots as that is the only thing you need to do by playing Shugoki. God, playing Shugoki is really cool and you’ll just love it. A lot of enemies will just get out of the game or rage quit.

Yes, Demon Ball is really useful to push your enemy off a cliff or on the ground. This is really important on why you should be careful on your positioning. Demon Ball might give you easy fights and this is what you should aim for because it’s a lot faster to push an enemy off the map instead of fighting. Cool, but, how can I use this? Well, you’ll need to Guardbreak the opponent in order to hit the Demon Ball.

How to Use Headbutt

Using Headbutt is not my way to play Shugoki, but it’s nice because it stuns the opponent so he cannot see the next incoming attack. To deploy a successful Headbutt you’re needed to strike a successful Light or Heavy attack. Otherwise, that thing just won’t be working. Now, using the Passive Uninterruptible Stance will give you the chance to deploy the Headbutt, pretty sure. Using a Headbutt after the Light attack is one of the best way to do it.

Then, after using the Headbutt, starting your Zone attack seems like a nice option because it comes fast and from both sides. So you might receive an instant two hits. Also, keep in mind that when you perform the Zone Attack with Shugoki, the first one is Dodgeable, but the second one always hits. This is another reason why I think that Shugoki has a pretty decent Zone Attack.

Well, that’s pretty much it. Playing Shugoki can be really fun and challenging, but it might hurt as well. If I find something new, I will make sure to update this article. If you also think that something’s missing, please, leave your comments down below so we can take care of that. Thanks for all of the support until now, gonna continue and work on the guides even harder. Until the next guide, Shugoki out.

Angel Kicevski Follow on Twitter February 23, 2017Last Updated: February 23, 2017
0 5 minutes read
Facebook Twitter LinkedIn Pinterest Reddit Telegram
Facebook Twitter LinkedIn Pinterest Reddit Telegram
Hello, fellow readers! If you want to get in touch with us and participate in our discussion boards, make sure you visit our Forums. We are more than sure you will find something useful there! The forum is new, so be among the first ones to say Hello!
If you are a video game developer and you have a submission to make, you can mail us at team@futuregamereleases.com 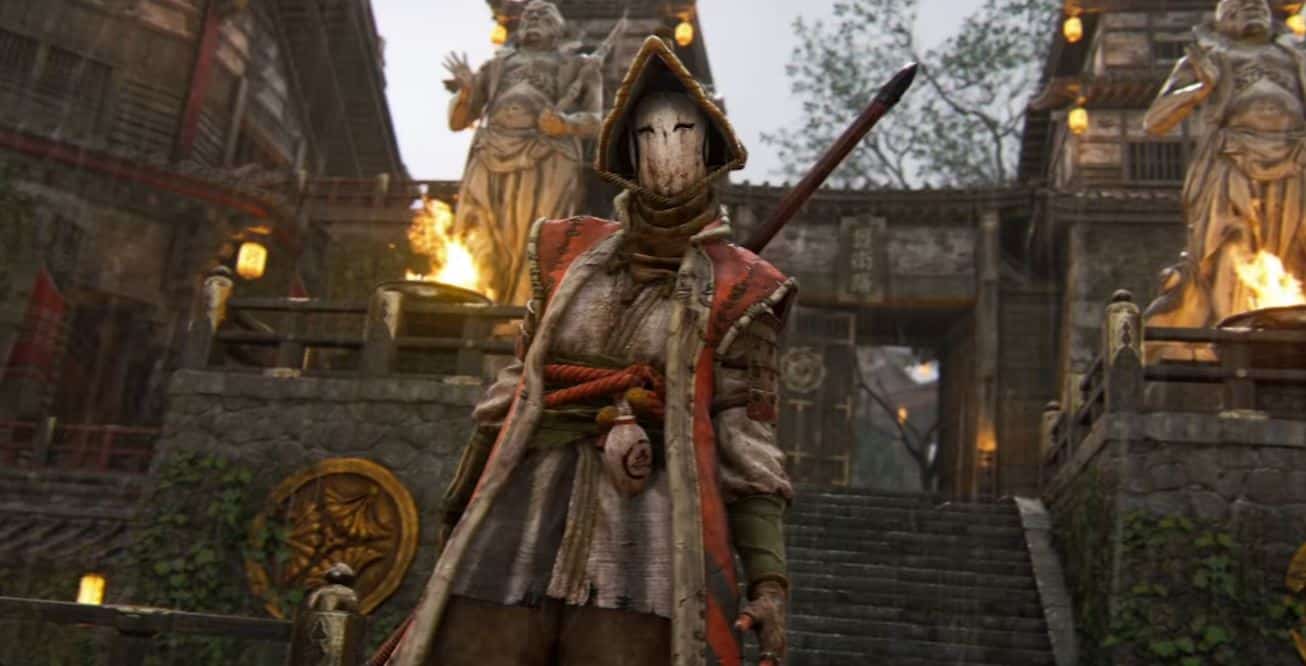