Minerva is a range hero in Heroes Evolved. With the perfect gear set, she can destroy everything in her way. Minerva is a hero with high attack rate and the following build guide will make her unbeatable. But first, let’s see how to use Minerva skills.

As the rest of Heroes Evolved characters, Minerva is with 4 abilities, 1 passive and 3 casters. Frostbite is her passive skill. She slows the enemies with her frost arrow. Hunter’s speed is one of the casters. Activating the ability grants her additional attack and movement speed. Fan of arrows is the second ability. Minerva launches 6 arrows that deal magic dmg. At the same time, she slows the enemies movement speed. 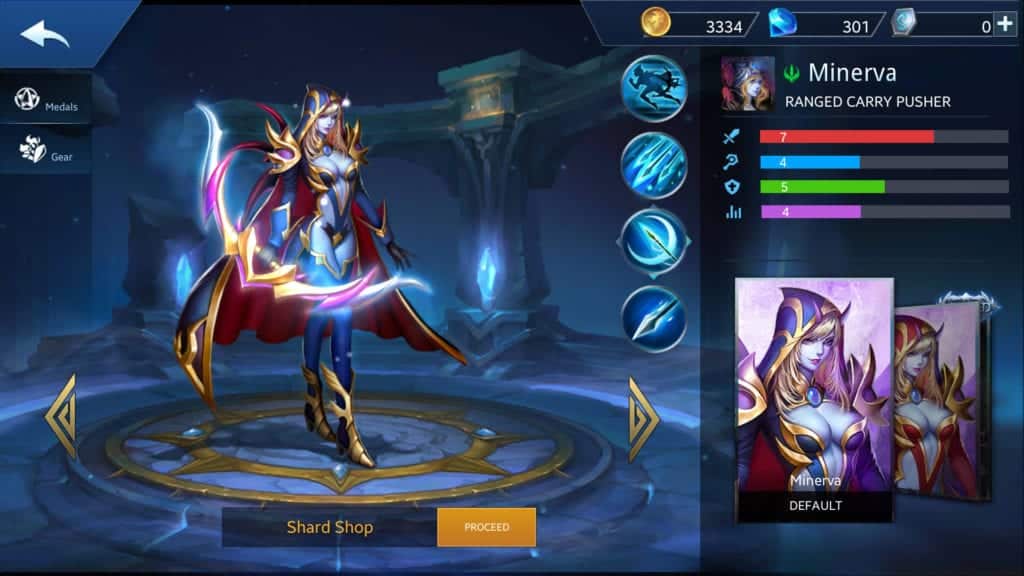 Minerva’s ult is Moon Shot. She launches an arrow to a specific direction. The first target affected by this arrow gets magic dmg. The target gets stunned as well. To be honest, her abilities doesn’t change a lot of her gameplay. What it matters is the build guide. Keep on reading and find out what items Minerva needs.

Here are the best 6 items which can make you an MVP in Heroes Evolved. If you use another gear set, please let me know in the comments below.

You now have the best build guide for Minerva. Good luck and see you in the game.

Hello, fellow readers! If you want to get in touch with us and participate in our discussion boards, make sure you visit our Forums. We are more than sure you will find something useful there! The forum is new, so be among the first ones to say Hello!
Tags
Heroes Evolved